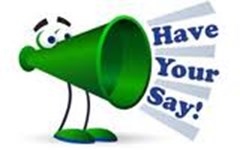 Last October, the West Sussex County Council (WSCC) Planning and Public Rights of Way Committee approved unanimously that the three footpaths, on the balance of probabilities, had been proven to exist.  Consequently, they resolved to make three draft Public Rights of Way Definitive Map Modification Orders.

These three paths were due to become legally recognised and protected as public rights of way about now.  However, because the land owner of the field off Brooks Lane, at the very end of the six-week public consultation period, decided to send in to the County Council a representation that might be considered an objection, the whole case has to now be handed over by WSCC to the Government, for an independent Planning Inspector to make the final decision.

Aggrieved local residents had formed an action group committee in late 2018 after the footpaths were fenced off and blocked by the then landowner after seventy or more years of regular use.  They are used to get to and from the Brooks Lane area in the Glenwood Housing Estate to places like the Downview Primary School and the Felpham College/Leisure Centre.  They are also important locally for trips to and from Bognor Regis town area and the Felpham environs for work, leisure and recreational purposes.

The Action Group is made up of a large selection of people, such as parents, dogwalkers, runners and joggers, wildlife lovers and general walkers who all use the footpaths.  Additionally, these footpaths form an important link to other rights of way in the area that allow access to the Downs, and beyond.

More recently, the landowner has also blocked off The Rife bank north/south walk in two places.  This is part of the William Blake Poetry trail, which has been walked for centuries.  The Group has recently filed an application with the County Council to have this path also recognised as a public right of way as well.

The WSCC Rights of Way Management Plan 2018-2028, says that paths like these can bring benefits to health and well-being, the local economy and the environment, and are used for a wide range of leisure activities, enabling residents and visitors to enjoy the beauty and tranquillity of large parts of the West Sussex countryside.  As well as being a valuable part of everyday, life providing access to shops, workplaces, educational and health services and linking to public transport, they can also provide a safer alternative to increasingly busy roads and lanes.

Thus, the Group continues to fight to have all of these paths opened up as public rights of way, so that they can be enjoyed again by all footpath users now and in the future.

On a related matter with the footpaths remaining blocked the landowner has had  time to remove trees bushes and hedgerows and to clear vegetation from the rife, an important habitat for water voles and otters. This area is listed as a biodiversity priority area.  Residents have reported this to the police as a wildlife crime. In a recent communique with the action group WSCC County Records Office confirms the field boundary hedgerows (including small emergent trees which are obvious constituents of the established line) are afforded protection under the Hedgerows Regulations 1997.

This has caused consternation to walkers and the local community of Felpham and Bognor sparking off a list of complaints to local authorities and to the environment agency as heavy vehicles and road surfacing material has been brought in to lay roads over the field causing compaction. Elderly residents living in nearby bungalows less than 10 metres from the field where the activity is taking place fear flooding as this increases the speed of run off in time of heavy rain.

This will not affect the application to formalise the public footpaths as rights of way which will be determined by the Government Inspector, in the meantime if anyone spots wildlife crime going on in the area this can be reported to the police. The footpaths and the countryside area which they cross are important habitats for migrant birds and an array of invertebrates which they feed on whose habitat depend on hedgerows.

To report a wildlife crime after the event or for other queries you can call the non-emergency number on 101, who can put you in contact with your local wildlife crime officer. To remain anonymous, you can contact Crimestoppers: http://crimestoppers-uk.org Telephone:+44 0800 555111